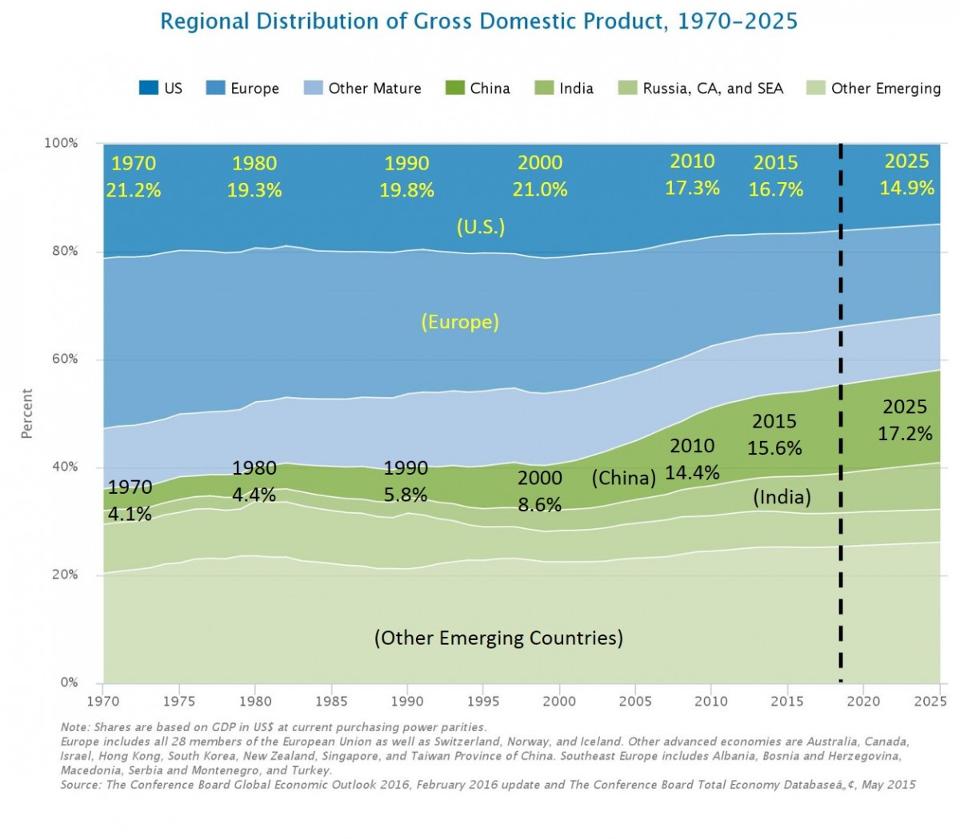 What’s worse than fake news? The news that you don’t see. Remember the “memory hole” in the novel 1984? We suffer from a kind of “news blackout” which heavily influences what we think we know. Many of us also, because of our own choices, see a very limited slice of the news which is available.

For example, if you weren’t searching for it, you probably don’t know that China sent a man into space in 2003, and has a very impressive space program. If you don’t follow the Top 500 Supercomputer listings, you probably don’t know that the fastest computer in the world is the Chinese Sunway TaihuLight, which supplanted the Chinese Tianhe-2 from the top of the heap.

If you’re American, it’s possible that you think America will always be at the top of the world. But China’s GDP moved recently to the number 2 spot, just behind America. Projections suggest China will have the number one slot in just four or five years. Or perhaps as soon as 2018.

India is also rising. Each of these countries has over one billion people, and has been rapidly growing for some decades. They’re changing so rapidly that few can keep up – and our usual news sources pay little attention to these trends.

How did China and India change so fast? Both liberalized their economies, allowing private-sector entrepreneurship to flourish. China started this process in 1978; India in 1990. Both have experienced rapid growth since. By the rule of 72, 7% annual growth leads to a doubling in about ten years and another doubling, a four-fold increase, in 20 years. The American economy – snarled in red tape – grows much more slowly. Ironic, isn’t it?